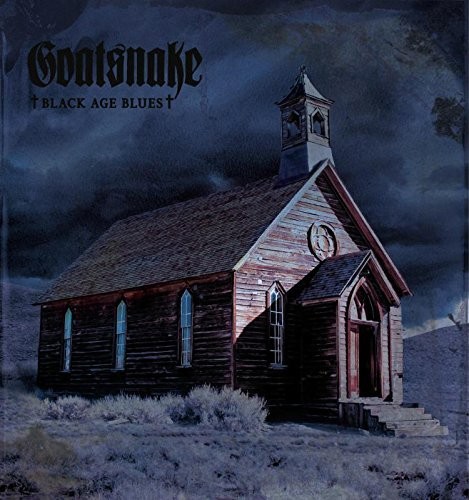 Los Angeles, California’s’ Goatsnake are finally ready to reveal to the world details of their first full length in fifteen years: Black Age Blues, and we couldn’t be more excited! Black Age Blues is an instant classic, with each one of the nine songs an anthem, and each of the four band members on top form. Everything is magnified, Pete Stahl’s vocals have never sounded so good, the rhythm section comprised of Greg Rogers on drums and Scott Renner on bass are the driving force on each track, and Greg Anderson’s riffs are heavier than ever before.

On production duties is Nick Raskulinecz, who, since being introduced to Dave Grohl during the recording sessions of their last album Flower of Disease, has gone on to work with seminal artists such as Rush, Alice in Chains, Mastodon and Ghost, and has won Grammys with The Foo Fighters. United again, he and the band are sure to serve a menacing cut of the time-honored, ultra-heavy rock they are infamous for.

Black Age Blues is familiar but nothing here is a repetition of what we’ve heard before, as Goatsnake continue to refine the time-honored ultra-heavy rock that they are infamous for, surpassing even the highest of expectations.