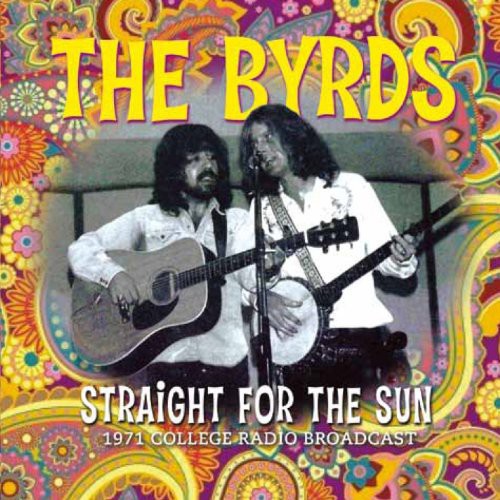 For this 1971 radio broadcast of a concert at the McDonough Gym at American University in Washington DC, The Byrds (McGuinn/White/Battin/Parsons line-up) chose to perform an eclectic cross-section of material, drawing from albums across their career to date. From those recorded by the same line-up come the dynamic Lover of the Bayou and McGuinn's perennial ballad Chestnut Mare, I Want to Grow Up to Be a Politician, Citizen Kane and Tiffany Queen. Delving way back into their illustrious history, the band draw on a slew of Sixties classics including their hit version of Dylan's Mr. Tambourine Man (from the eponymous 1965 debut album), Mr. Spaceman and Eight Miles High and So You Want to Be a Rock n Roll Star. Gram Parsons brief sojourn with The Byrds is recalled via a version of Pretty Boy Floyd (from Sweetheart of the Rodeo 1968). The subsequent Dr. Byrds and Mr. Hyde (1969) is represented by the sparkling instrumental Nashville West whilst 1969s Ballad of Easy Rider album contributes Jesus Is Just Alright. Finally, there are versions of the traditional Black Mountain Rag (Soldier's Joy) and set-closer, Chuck Berry's rocking Roll Over Beethoven. In short, a superb aural snapshot of a band at an undoubted peak in an unusually tumultuous career.