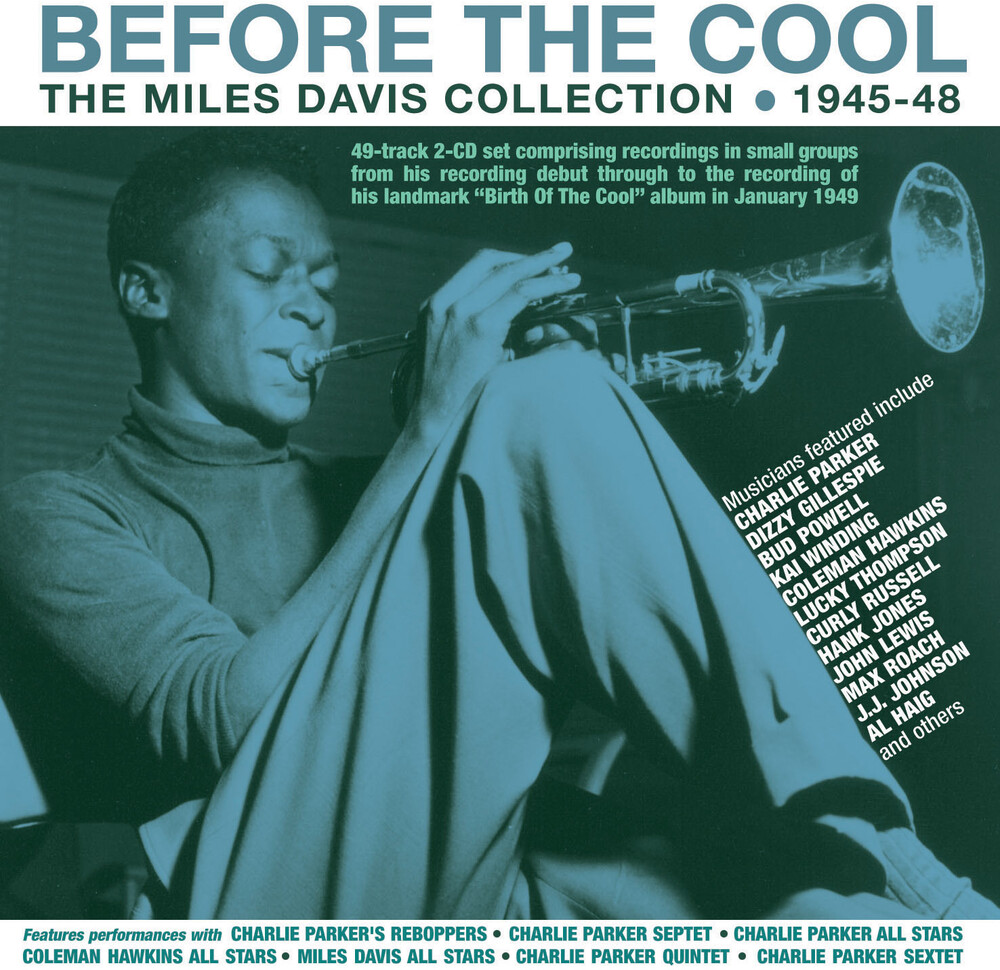 Trumpeter Miles Davis was without doubt one of the most important and influential jazz musicians of the post-war era, not only as a pioneer of the bebop movement but through being at the forefront of many stylistic and musical innovations over the years. His landmark debut album for Capitol The Birth Of The Cool, recorded during 1949 and 1950, became regarded as seminal in the history of cool jazz, exploring unusual harmonies and textures. This excellent-value 49-track 2-CD set comprises his studio recordings in small ensembles, in which he is the only trumpeter, from his studio debut in 1945 through to the end of 1948, just weeks before the first of the Birth Of The Cool sessions in January 1949. As a bonus, it concludes with a 'live' recording with Charlie Parker's All Stars in December 1948. It features performances with Charlie Parker's Reeboppers, the Charlie Parker Septet, Charlie Parker All Stars, Coleman Hawkins All Stars, Miles Davis All Stars, Charlie Parker Quintet & Charlie Parker Sextet from eleven different recording sessions during these years. Charlie Parker was his primary collaborator on these sessions, but among the musicians featured in the various line-ups were Dizzy Gillespie, Bud Powell, Kai Winding, Coleman Hawkins, Lucky Thompson, Hank Jones, John Lewis, Max Roach, J.J. Johnson, Al Haig, Curly Russell and others. It's a fascinating insight into the development of his music during these key formative years.