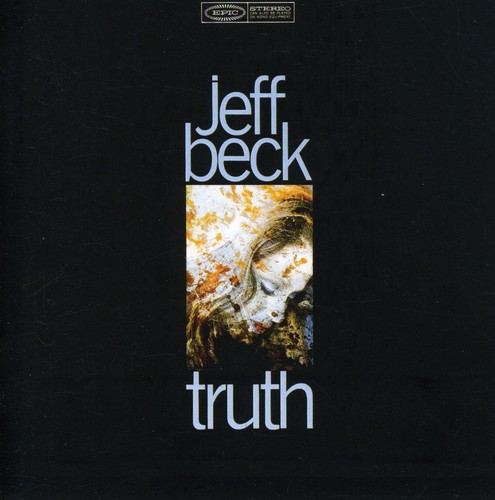 TRUTH has been re-mastered and includes 8 bonus tracks including "I've Been Drinking (Stereo Mix)," "You Shook Me (Take 1)," "Beck's Bolero (Mono Single Version with backwards guitar)," "Tallyman" and more.

''Truth'' (1968) was the first full-length album by Jeff Beck and his backing group. Enjoying strong reviews upon its release, ''Truth'' is now widely regarded as one of the first heavy metal albums, due to its blending of hard rock and blues.

The album featured three original songwriting collaborations between Jeff Beck and singer Rod Stewart, "Let Me Love You", "Blues Deluxe", and "Rock My Plimsoul". The album is highlighted by a re-recording of the Yardbirds' "Shapes of Things", Willie Dixon's "I Ain't Superstitious" and the traditional "Greensleeves."

Guests include both guitarist Jimmy Page and bassist/keyboardist John Paul Jones on "Beck's Bolero", originally recorded in 1966 with Keith Moon on drums and Nicky Hopkins on piano, and released as the B side to Beck's first solo release, "Hi Ho Silver Lining" in 1967.

Tom Scholz of Boston has listed ''Truth'' as his favorite album on Gibson's online magazine, stating, "I knew Jeff Beck's Truth album inside and out."

The album's title inspired the name of Iowan band, Truth and Janey. - Wikipedia