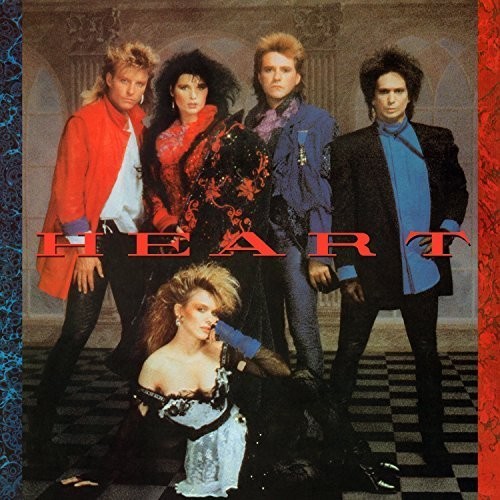 Limited edition 180gm vinyl LP pressing housed in a gatefold sleeve. Fronted by Rock & Roll Hall of Fame inductees Ann and Nancy Wilson, Heart has released classic, raw, rock & roll hits for more than four decades. As the only sisters in rock who write their own music and play their own instruments, the Wilson's have always stood apart - certainly from their male counterparts - but also from their female peers. By refusing to let themselves and their music be defined by their gender, and by never allowing their sexuality to overshadow their talent, Heart has made their mark, and in the process paved the way for many of today's female artists. Heart's quintuple platinum-certified self-titled 1985 masterpiece yielded the group's first ever No. 1 single with "These Dreams" and stands as their only album to date to top the Billboard 200. Produced by Ron Nevison (UFO, Chicago, Kiss), the commercial appeal of the album wasn't limited to "These Dreams," however as additional cornerstone '80s anthems like "If Looks Could Kill," "What About Love," "Never" and "Nothin' at All" are equally as infectious.