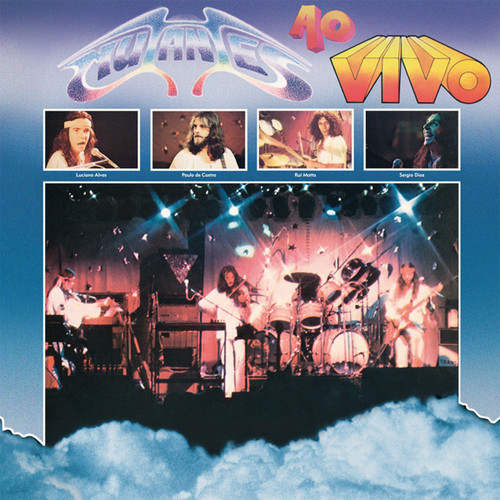 Vinilisssimo present a reissue of Mutantes' Ao Vivo, originally released in 1976. Those who fell in love with Os Mutantes after listening to their TropicĂˇlia work in the late '60s, embracing both psychedelia and Brazilian music influences, should be aware that only one of the original band members, SĂ©rgio Dias, is responsible for this late album, and when it came out the band's sound had changed enormously after almost ten years since their debut LP was released in 1968. The good news is that Ao Vivo is actually a great progressive rock record and also the first time we can see the name of Os Mutantes printed on the sleeve of a live album. The quality trademark of the band was still there despite the personnel changes over the years and the fade out of the TropicĂˇlia movement, which in many cases evolved towards the progressive genre. Ao Vivo was recorded in 1976 during a show at the Museum of Modern Art in Rio de Janeiro. Rita Lee and Arnaldo Baptista were not there, but the very talented Paulo de Castro, Rui Motta, and Luciano Alves had joined Dias and delivered a brilliant shot of live rock music with lots of quality keyboard solos and guitar licks. Paulo was at the time a very skillful multi-instrumentalist, so it is not surprising that he was hired as arranger and studio musician for artists such as Gerson Conrad and ZezĂ© Motta on their 1975 LP on Som Livre. This album features 13 new songs and appears to be the last recording of Os Mutantes until the 2006 reunion show in London. An essential addition to any '70s Brazilian music collection. Presented in facsimile artwork and pressed on 180 gram vinyl.