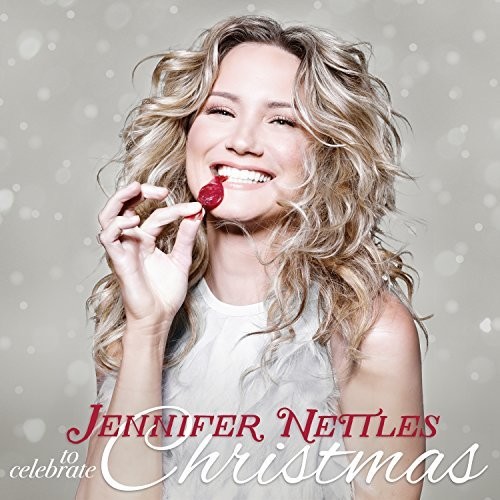 Award-winning singer/songwriter Jennifer Nettles is prepping for the season early with the release of her first holiday album, TO CELEBRATE CHRISTMAS, due out October 28 on Big Machine Records. As a veteran in the world of holiday music (Wide Open Country), the 10-track collection highlights Jennifer s signature Country twang while her enthusiastic spirit illuminates the mix of festive anthems and traditional standards.

Wrapping each track with care, GRAMMY® Award-winning producer Julian Raymond joined Jennifer in the studio. The project shines with star-studded collaborations, including dynamic harmonies with Tony Award-winner Idina Menzel on Little Drummer Boy, and the Jazz-influenced melody alongside American-soul sensation Andra Day on God Rest Ye Merry Gentleman. Friend and mentor angelic icon Dolly Parton penned Circle Of Love and teased the news of TO CELEBRATE CHRISTMAS. Jennifer will also star in the NBC television special based on Dolly s life this December called Christmas of Many Colors: Circle of Love, a holiday-themed sequel to the rating success Coat of Many Colors.

I m such a lover of this season and all of the magical feelings that surround us during the holidays so it will be exciting to share it with fans at our live shows, expressed Jennifer. Especially since the birth of my son, who arrived to us in December, I ve found even more joy Christmas traditions and music. Having both Idina and Andra lend their idyllic voices to some of my favorite songs is the bow on top! Jennifer will join fans for select tour dates TO CELEBRATE CHRISTMAS beginning in Nashville, TN (12/8) and continuing to Tallahassee, FL (12/9) as well as Lake Charles, LA (12/10).
The multi-talented entertainer has kept a full schedule this year, releasing her critically-acclaimed sophomore album PLAYING WITH FIRE, joining label mates Cheap Trick for a CMT Crossroads that earned a CMT Awards nomination for Performance of the Year and headlining the 30+ city CMT NEXT WOMEN OF COUNTRY TOUR across the US and Canada alongside Brandy Clark, Lindsey Ell and Tara Thompson.