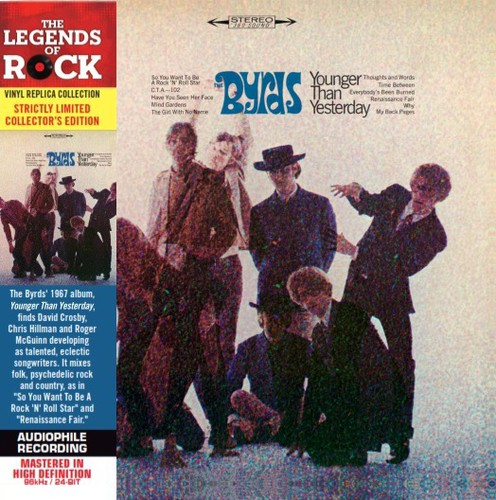 Digitally remastered edition of this 1967 album from the Folk/Rock legends housed in a miniature LP sleeve. YOUNGER THAN YESTERDAY was the fourth album by The Byrds and was released on February 6, 1967. The album saw the band continuing to integrate elements of Psychedelic Rock into their music, a process they had begun on their previous album, FIFTH DIMENSION.