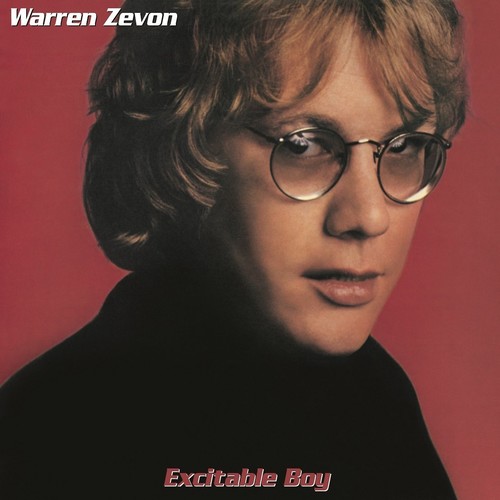 Limited 180gm audiophile vinyl LP pressing includes insert. Excitable Boy is the third album by Warren Zevon, released in 1978. It includes the top 40 success 'Werewolves of London', featuring Mick Fleetwood on drums and John McVie on bass. The album brought Warren to commercial attention and remains the best-selling album of his career. The tracks 'Excitable Boy' and 'Werewolves of London' were considered macabrely humorous by some critics. The historical 'Veracruz' dramatizes the United States occupation of Veracruz, and likewise 'Roland the Headless Thompson Gunner' is a fictionalization of a mercenary in Africa. 'Lawyers, Guns and Money' is a tongue-in-cheek take on Cold War paranoia. In addition, there are two ballads about life and relationships ('Accidentally Like a Martyr' and 'Tenderness on the Block'), as well as a dance tune ('Nighttime in the Switching Yard'). Additional musicians included in the album's creation are band members Jorge Calderón on vocals, Danny 'Kootch' Kortchmar on percussion and guitar, and Russ Kunkel on drums. Among others, also Jackson Browne, Jeff Porcaro, Linda Ronstadt and Waddy Wachtel are featured as session musicians.