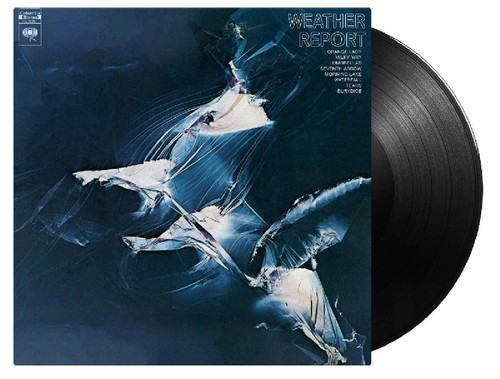 Limited 180gm audiophile vinyl LP pressing. The great jazz-fusion band Weather Report released their self-titled debut album in 1971. The young musicians created an original and fluid record, which would define the state of the jazz rock at that time. Wayne Shorter's (1960s Miles Davis ensemble) soprano sax shines and reveals with full force the extraordinary rapport the members of the group established from the start. The music consists of subtle melody lines and is mostly an atmospheric adventurous journey. Influences from Mile Davis' In A Silent Way/Bitches Brew sessions can be heard throughout this record. The other prominent member from the Miles Davis ensemble is the keyboard player Joe Zawinul. Altogether they're performing this historical document, a soundtrack for your imagination and head. Throughout most of it's existence, the band was a quintet of keyboards, saxophone, bass, drums and percussion. Famous members were the American saxophonist Wayne Shorter, keyboard player Joe Zawinul, bassist Jaco Pastorius and drummer Chester Thompson.