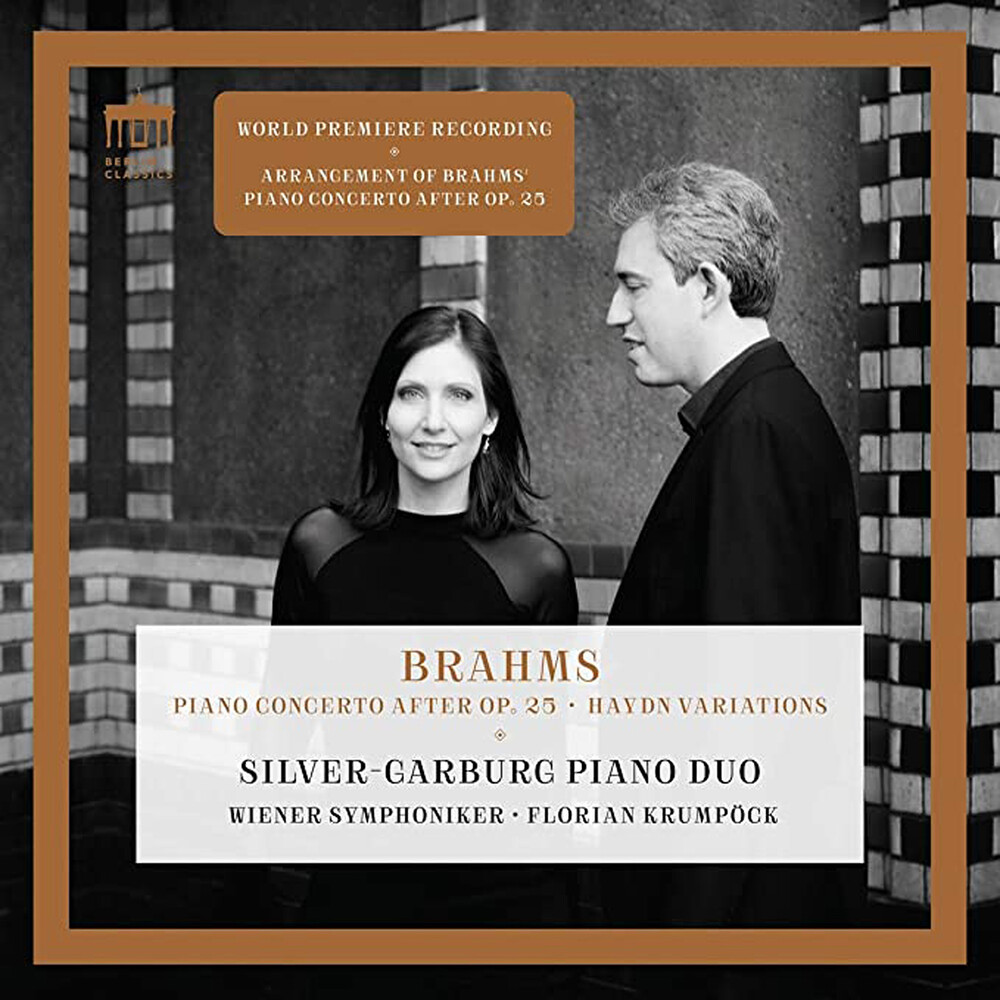 Music by Johannes Brahms for four hands would be nothing out of the ordinary as a recital programme given by the renowned Silver Garburg piano duo - but a concert featuring piano four hands with orchestra? The versatile Austrian composer and arranger Richard Dünser has arranged Brahms's Piano Quartet op. 25 and dedicated the resultant work to his friends of many years Sivan Silver and Gil Garburg. This is a very special piece of music with an exciting genesis. True, there is already a version of the Piano Quartet op. 25 for orchestra by Arnold Schoenberg and Johannes Brahms composed a four-handed version himself, but not in the form of a piano concerto. So it was a special challenge for arranger Richard Dünser to prepare the work in a completely new and unfamiliar scoring, drawing on both the earlier versions in the process. "This is all absolutely nothing like a scientific or philological exercise; ultimately, I went to work on the original as if it was my own, and I had the courage to do things that a mere arranger would never dare do," says Richard Dünser himself of his piece. "It was a stroke of luck at this premiere recording that I could be present and interact with the Silver Garburg Piano Duo and the Vienna Symphony, all of whom are perfectly at home with music in the Classical-Romantic tradition and with my own music, so as to exchange concepts and ideas and feed the sum of this interaction into the recording."