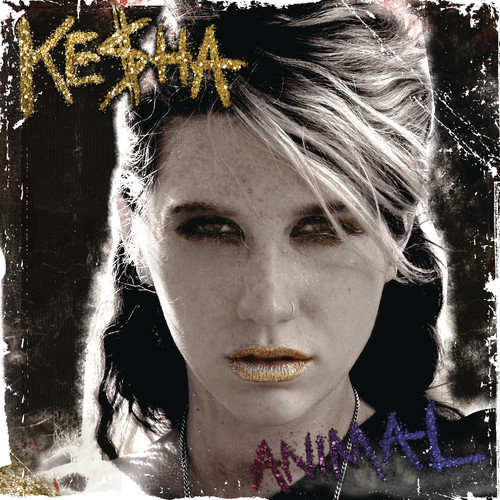 The debut album from the American singer/songwriter who achieved fame as featured vocalist on Flo Rida's hit single “Right Round”. ANIMAL was executive produced by Dr. Luke (Katy Perry, Britney Spears, Kelly Clarkson, and Avril Lavigne) and includes collaborations with producers Max Martin and Benny Blanco. The album's first smash single, “TiK ToK”, has had TV placements in the Project Runway promo spots, Melrose Place and So You Think Can Dance.

''Animal'' is the debut studio album by American pop singer Kesha. The album was released January 1, 2010, by RCA Records. Kesha worked with a variety of producers and writers such as Dr. Luke, Benny Blanco, David Gamson, Greg Kurstin, Max Martin and others. Lyrically, the majority of the albums songs are based on Kesha's past life experiences influenced by love, heartbreak, boys, and having a good time. Musically, ''Animal'' draws from the dance-pop genre, while also incorporating elements of electro and electropop in its production and beats.

The album received mixed reviews from music critics upon its release. Some appreciated the fun, carefree nature, while others dismissed it as juvenile and claimed that it came off as insincere. Another mixed dispute with the album was the demonstration of auto-tune. Some critics called it fun, while others noted it sounded irritating and made it difficult to tell if Kesha could actually sing. The album attained chart success by debuting at number one in Canada, the United States and Greece, whilst charting within the top ten in seven other countries. Worldwide, the album has sold more than one million copies.

Four singles have been released from the album. The album's lead single, "Tik Tok", was released August 7, 2009. The single was a worldwide hit reaching number one in eleven countries. It reached number one on the Billboard Hot 100 and stayed at the top for nine consecutive weeks. The albums second and third singles, "Blah Blah Blah" and "Your Love Is My Drug" reached the top ten in multiple countries around the world. The albums fourth single, "Take It Off", was released as the albums fourth single. The song charted within the top twenty in six countries worldwide, three of them being top ten peaks. - Wikipedia