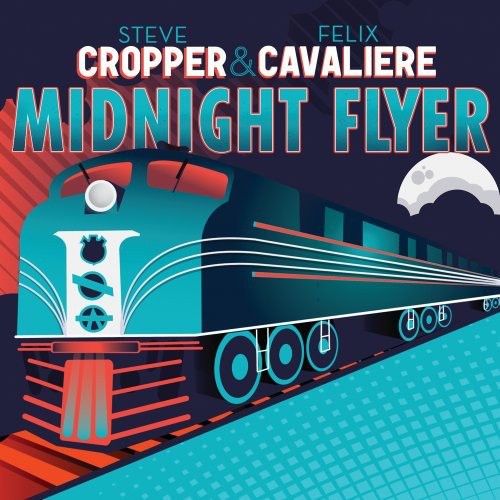 Steve Cropper and vocalist/keyboardist Felix Cavaliere, have reconvened for their second collaborative recording. Sparks fly at the crossroads of Memphis soul and East Coast R&B when Stax Records releases Midnight Flyer. Steve Cropper is best known as the guitarist for legendary band Booker T. and the MGs and is one of the primary architects of the unmistakable Stax Records sound of the 1960s. However, his musical career doesn't stop there. He backed artists and sometimes produced albums of Otis Redding, Sam & Dave, Carla, Rufus Thomas and Johnnie Taylor and later gained fame as a member of the Blues Brothers band. Felix Cavaliere is known for as a music producer and musician most well known for his time with the Young Rascals in the 1960s as well as a solo album in the 1980's with the track 'Only a Lonely Heart Sees' peaking the the Top 40 Billboard chart. In 2009 Cavaliere was inducted into the Songwriters Hall of Fame.