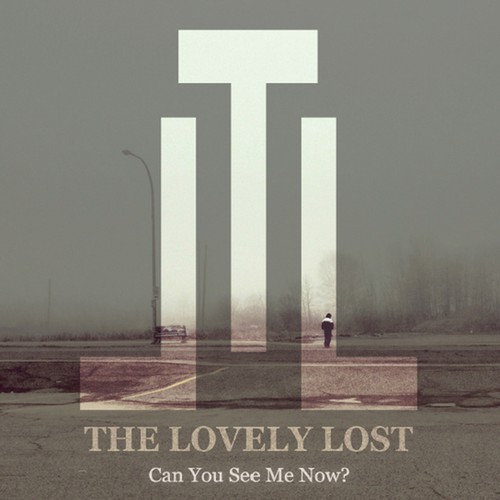 Can You See Me Now?, the debut album from the Lovely Lost isn't just a title-it's a challenge, an invitation. Catch them on stage on a Friday night, and you'll see a rock band there to make your hips do all the things they want to do. Between the melodic, textured flirtation of bass and drums, the potent guitar dynamics, and the lush vocal harmonies, there's no question about it: you're going to cheer, and you're going to dance. But if you've got a bit of scratch left to pick up a copy of the album at the end of the night, you're going to see and hear much more. Describing his musical approach, guitarist, songwriter, and lead vocalist Michael Collins says "I want them to feel like they are listening to something timeless, like when you're listening to '(Sittin' On) The Dock of the Bay' by Otis Redding." And this 6-song EP contains plenty of timeless moments. From the 50's style ballad "Nothing At All", to the heavy 90's fuzz of "Is It You", to the glam and hair metal inflected title track, Can You See Me Now? transforms classic qualities of Rock & Roll music into something familiar, yet new. Backup vocalist Jo Bewley brings strong, clean, harmonies with a soulfulness that reflects her background singing in church choirs, while Matt Shomphe (lead guitar), Ross Wilson (bass), and Merlin Coryell (drums) play with the flexibility and exuberance of classic Portland players-the sorts of musicians who love music too much to be satisfied by a single genre. As Collins puts it, "If you throw in a little bit of danciness, or indie, or soul, you can please everyone." But there's pain mixed in with all this pleasure, and the dark lyrics of this album give it an uncanny depth. "Nothing At All" flips the script on the classic love ballad with the words "Remember good times that we had/I can't remember either, they were all bad/Great weight eased girl, you're nothing/Nothing to me." Other songs like "Fantacide" and "Breathe Again" deal with thoughts of suicide, childhood nightmares, and despair. "Everyone has that moment where they want to give up," Collins says, "I want people to feel that, hear that." Songs Written by Michael Collins Mixed by Nick Decker and The Lovely Lost Mastered by Nick Decker at City Studios Produced by The Lovely Lost Engineered by: Andrew Nagatori, CCC Audio Class 2012, Ross Wilson, David Lessem, Merlin Coryell Cover Photograph by Giordano Ciampini Back Photograph/Design by Justine Reimnitz.
This website uses cookies to personalize content and analyse traffic in order to offer you a better experience.
I accept Learn More
back to top