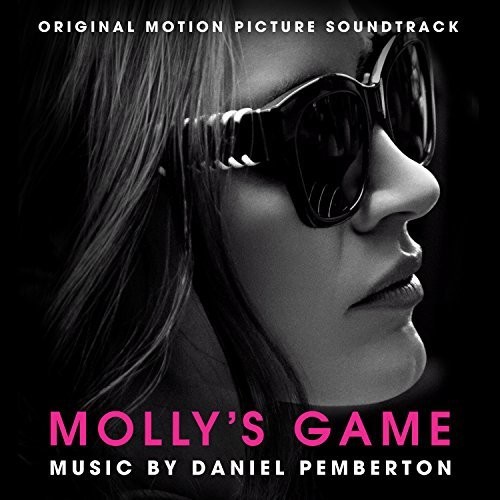 Starring Academy Awardr nominee and Golden Globe Award winner Jessica Chastain, MOLLY'S GAME is based on the true story of Molly Bloom, an Olympic-class skier who ran the world's most exclusive high-stakes poker game for a decade before being arrested in the middle of the night by 17 FBI agents wielding automatic weapons. Her players included Hollywood royalty, sports stars, business titans and finally, unbeknownst to her, the Russian mob. Her only ally was her criminal defense lawyer Charlie Jaffey, played by Idris Elba, who learned that there was much more to Molly than the tabloids led us to believe. Speaking to the dynamic score he crafted for this engaging true-life thriller, composer Daniel Pemberton said, "I wanted to write it so it felt a bit more like a bunch of different bands had written the score than rather a solitary film composer. I wanted it to feel like something that came from inside Molly's world, the kind of music she would listen to or be surrounded by. It needed to feel contemporary, not like a traditional film score. But at the same time Aaron always wanted to give her a theme, one that would grow through the film into a big emotional resolution at the end, so it was important to work that into what I would do as well."